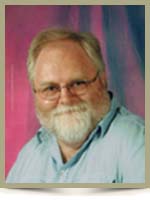 Tom was born in Edinburgh, Scotland, the only child of Ann (Hay) and Thomas Watson.  He was brought to Canada at a young age and spent his childhood on the South Shore of Montreal.  He attended McGill University (Electrical Engineering) and married Ruth Kennedy in 1971.  He had three children: Jennifer (deceased), Jamie (deceased) and Neil.  He also had one precious granddaughter: Emily Grace.  Tom moved across the continent and back again during his career and eventually travelled extensively around the world.  During that time, he made a conscious effort to develop win:win solutions and to touch his clients on a spiritual basis.  He devoted many, many hours to making the world a better place through United Marriage Encounter.  He was also instrumental in making that program accessible to same-gender couples through United in Marriage.  During the past decade, Tom felt a call to ministry and became a Designated Lay Minister with the Caledonia Pastoral Charge.  He believed his mission was to guide us in becoming followers of Jesus who value and treat all people equally.  If Tom could deliver one more message today, he would encourage all of us to ‘go make a difference in this world’.

A Celebration of Tom’s Life will be held on Saturday, August 25th, 2012, at 2:00 p.m., from the Caledonia United Church. Reverend Vivian Moores officiating. No flowers by request, donations may be made to the Caledonia Pastoral Charge. Online condolences to the family may be made at www.chandlersfuneral.com

Offer Condolence for the family of Watson; Tom