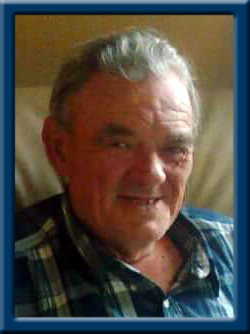 WARD – Richard Wayne, 70, of Western Head, Queens County, passed away peacefully in Queens General Hospital, Liverpool on Monday, January 4, 2016.
Born in Liverpool, he was a son of the late Jack and Constance (Cook) Ward.
Richard was a heavy equipment operator for Bowater Mersey Paper Company for over 35 years.
He is survived by his daughters Laura of Western Head and Sally (Kendall) Karlsen of Liverpool. Grandchildren Savanna and Kierra Karlsen; brother Bruce of BC.
He was predeceased by his wife Shirley and brother Brian.
Cremation has taken place under the direction of Chandlers’ Funeral home, Liverpool. A private family graveside memorial service will beheld at a later date in Grace Anglican Cemetery, Western Head. Reverend Judy Cross officiating. No flowers by request, donations may be made to the Canadian Cancer Society. Online condolences may be made to www.chandlersfuneral.com

Offer Condolence for the family of Ward; Richard Wayne