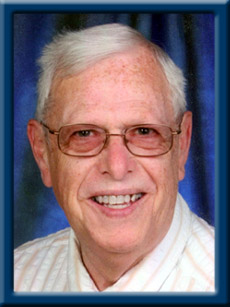 WARD – Richard Guy, 75, of Blandford, passed away suddenly in South Shore Regional Hospital, Bridgewater, on Thursday, February 13, 2020.
Born in Liverpool, Nova Scotia, he was the son of the late Richard R. and Philippa (Johnson) Ward.
Richard was one of the owners of Ward’s Flower Shop in Liverpool for many years and then went on to do flowers and wedding cakes from home. Richard worked as a print operator at Langille’s Print in Bridgewater for many years, retiring from there in the late 1980’s.
Richard was an active member of both the Liverpool and Greenfield areas while living in Greenfield. Being a member of the church choirs in both areas, a barbershop group in Liverpool and one of the founding members of the Greenfield Four singing group in Greenfield. He was also an honorary member of the Greenfield Fire Department.
He then settled in Blandford for many of the last years of his life, where he was an active and well loved member of the community and volunteered in both Blandford and Chester. He was a member of the choir at the Chester United Baptist Church, a founding member of the singing group The Carpenter’s Brothers and the President of the Sea Siders Seniors Group in Chester.
Richard is survived by his daughter, June LeBlanc (Ken Wyatt), of Port Medway; his granddaughter, Brooke Lawson (Austin Selig), of Caledonia; and sisters, Sylvia (Michael) Langille and Theresa “Terry” Dorey.
Besides his parents, Richard was predeceased by his partner, Robert “Rob” Jones.
Cremation has taken place under the direction of Chandlers’ Funeral Home, Liverpool. A celebration of Richard’s life will be held at the Chester United Baptist Church, 84 King Street, Chester, NS on Saturday, February 22, 2020 at 11:00 a.m. followed by a gathering of family and friends from 2:00 p.m. until 4:00 p.m. at the Blandford Community Centre. Burial will be held at a later date. Donations in Richard’s memory may be made to Chester United Baptist Church, the Blandford Community Centre or to a charity of your choice. Online condolences may be made to www.chandlersfuneral.com

Offer Condolence for the family of Ward; Richard Guy