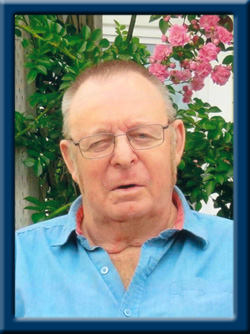 WAMBOLT; Jeffery E., 74, of Liverpool, Queens County, passed away peacefully in Queens Manor, Liverpool on Tuesday, March 9, 2021.
Born in Milton, Queens County, Jeffery was a son of the late Carman and Barbara (Anthony) Wambolt.
Jeffery worked for PepsiCo Limited for 43 years as a service and maintenance technician servicing beverage dispensing machines from Tantallon around the shore to New Minas and areas in between. In his younger years, Jeffery enjoyed hunting and fishing and he enjoyed maintaining his fish ponds.
Jeffery is survived by his wife of 43 years Jeanette (Davis); his son David (Tracy Newell) of Brooklyn; his sisters Linda (Ronald) Whynot of Milton; Rosemary Wambolt of Kingston; his brother Scott of Calgary, AB.
Besides his parents, Jeffery was predeceased by his sister Sandra Wambolt and his brothers Jackie and Freeman.
Cremation has taken place under the direction of Chandlers’ Funeral Home, Liverpool, NS. At Jeffery’s request, there will be no funeral service at this time. No flowers, donations may be made to Queens General hospital Foundation. Online condolences may be made to www.chandlersfuneral.com

Offer Condolence for the family of Wambolt; Jeffery Eugene