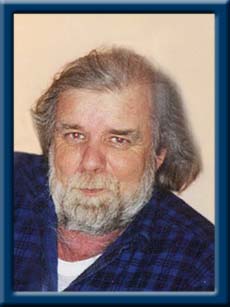 WAMBOLDT; Richard “Rick” Wallace, 66, of Milton, Queens County, passed away peacefully in Queens General Hospital, Liverpool, NS on Monday, July 24, 2017.
Born in Liverpool, Rick was a son of the late Wallace and Dorothy (Wamboldt) Wamboldt.
Rick was a woodman all his life and loved spending time outdoors; hunting, fishing, trapping, and scouting. He enjoyed working his cattle, telling stories (both true and false!) and spending time teaching others about the outdoors. He served as scout master for 1st Milton Troop for many years.
Surviving are his wife Debra (McCoombs); his sister Christine Whynot of Milton and his brother Frederick “Fred” (Wendy) of Mill Village.
He was predeceased by his brother Jordan “Jordy”.
Cremation has taken place under the direction of Chandlers’ Funeral Home, Liverpool. At Rick’s request, there will be no funeral service. No flowers, donations gratefully received by the family. Online condolences may be made to www.chandlersfuneral.com

Offer Condolence for the family of Wamboldt; Richard “Rick” Wallace