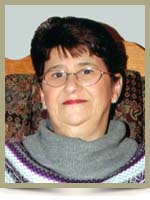 WAMBOLDT – Paulette Elaine, 56, of Beach Meadows, Queens county, passed away peacefully in Queens General Hospital, Liverpool on June 10th, 2012 with her family by her side.

Born in Liverpool, she was a daughter of Mabel (Burns) Shediac of Beach Meadows and the late George Shediac Sr.

Paulette enjoyed spending time with her family especially her grandchildren, as well as her Tuesday lunch group and coffee dates with her life-long friend Dianne Croxen. Paulette worked at Hillsview Acres as Resident Care Supervisor for 21 years, alongside special friends Raymond and Debbie Fiske and during her last year, with her new friend Janie Ryan until her early retirement due to ill health in 2009. The residents were a very important part of Paulette’s life; evident by their sad or funny stories which she would share with her family and her involvement with the Hillsview Acres Auxiliary.

Cremation has taken place under the direction of Chandlers’ Funeral Home, Liverpool. Funeral service will be held Thursday, June 14th at 11:00 a.m. from Emmanuel United Church, Beach Meadows. Lay Minister Peter Anthony officiating. Burial will be at a later date in Beach Meadows United Cemetery. No flowers by request. Donations may be made to Emmanuel United Church General Fund. Online condolences may be made to www.chandlersfuneral.com

Offer Condolence for the family of Wamboldt; Paulette Elaine