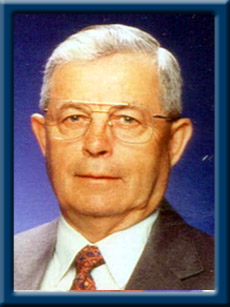 Wamboldt – Mervin L. “Lindy”, 90, of Milton, Queens County, passed away peacefully in Queens Manor, Liverpool on Monday, January 20th, 2020 with his family by his side.
Born in Milton, Lindy was a son of the late Alvin and Seattle (Labrador) Wamboldt.
Lindy spent his working life as an appliance repairman first with Smith’s Furniture and Appliances, Liverpool and later on his own until his retirement in 1990. In his younger years, Lindy worked at the Dockyards in Halifax and Steel and Engines Products Ltd. (STENPRO), Liverpool. Lindy enjoyed hunting and fishing and spending time at his camp.
He is survived by his wife of 69 years, Ellen (Dauphinee), his daughter Jane (Frank) Croft of Ponhook Lake, son William “Bill” of Milton, grandson Richard Croft (Tammy Lannon) of Ponhook Lake, his great grandson Andrew Croft, his sisters Arlene (Burton) Greenough of Bridgewater, Katherine (William) Archibald of Owen Sound, ON, his brother Alvin Jr. (Pat) of Dartmouth.
Besides his parents Lindy was predeceased by his sister Olive Lewis and his brothers Virgil, Ronald, Charles, Robert, Currie, Gary, Gene and Richard “Dick”.
Cremation has taken place under the direction of Chandlers’ Funeral Home, Liverpool. A private family graveside service will be held at a later date. No flowers by request, donations may be made to a charity of your choice. Online condolences may be made to www.chandlersfuneral.com.
Special thanks to Dr. Blackadar and the nursing staff at Queens Manor for their excellent and compassionate care shown to Lindy during his stay.

Offer Condolence for the family of Wamboldt; Mervin “Lindy”