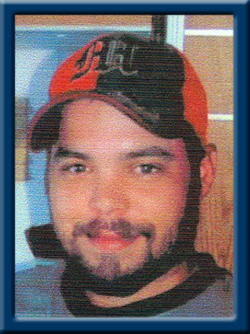 WAMBOLDT – Mark Alexander, 35, of Liverpool, passed away suddenly on Friday, May 20, 2016.
Born in Liverpool, he was a son of Randy and Crystal (Hanson) Wamboldt of Liverpool.
Mark was a fisherman all his working life and enjoyed being on the water. He will be fondly remembered as a devoted father and friend.
He is survived by his companion of fourteen years, Stephanie Lowe, his daughters Hailey and Kailtyn, both at home; Abigail Conrad of Florida; his sister Joan Wamboldt (Stephen Whynot) of Liverpool; his brother George (Tracy Fox) of White Point; his paternal grandmother Florence (Whynot) Wamboldt of Milton. Parents-in-law Blake and Heather (Gardner) Lowe of Brooklyn; brothers-in-law Stephen (Anna Roberts) of Brooklyn; Sean (Sonya Oickle) of Milton, nieces and nephews; Nathan, Avery, Cassandra, Donna, Daniel, Jacklyn, Alexander, Railynn, Logan, Madison, Grayson, Ethan, Deacon and Tatum and “adopted son” Grady Weagle.
Mark was predeceased by his paternal grandfather George Wamboldt and his maternal grandparents Sonny and Joan (Roy) Hanson.
Visitation will be Thursday, May 26, 2016 from 7 until 9 p.m. in Chandlers’ Funeral Home, Liverpool. Funeral service will be Friday, May 27, 2016 at 2:00 p.m. in Chandlers’ Funeral Chapel, Liverpool. Captain Larry Campbell officiating. No flowers by request, donations may be made to the family. Online condolences may be made to www.chandlerdfuneral.com

Offer Condolence for the family of Wamboldt; Mark Alexander