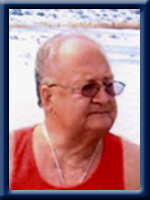 Born in Milton on June 8th, 1942, he was a son of the late Alvin and Seattle (Labradour) Wamboldt.

Gene was a very private person who spent many hours at the beaches watching the waves or taking long drives on the back roads enjoying the countryside.

He is survived by his wife of 44 years, Paulette, daughters Natalie (Lorne) MacDougall of Beach Meadows and Tracy at home. Grandchildren Caylon and Jenna of whom he was so proud. His sisters Arlene (Burton) Greenough of Bridgewater and Katherine (William) Archibald of Owen Sound, ON. Brothers: Lindy (Ellen) and Richard, both of Milton, Alvin Jr. (Pat) of Dartmouth.

He was predeceased by his sister Olive and brothers Virgil, Charlie, Ron, Curry, Robert and Gary.

Visitation will be Thursday, April 7th, 2011 from 7 until 9 p.m. and funeral service will be Friday, April 8th, 2011 at 2:00 p.m. both in Chandlers’ Funeral Chapel, Liverpool. Burial will be in Milton Community Cemetery. Family flowers only, donations may be made to the Kidney Foundation. Online condolences may be made to www.chandlersfuneral.com . A special thank you goes to all the doctors and nurses on 5.2 and 7.3 QE II for their loving  care and support at this time. God Bless!

Offer Condolence for the family of Wamboldt; Gene Wayne