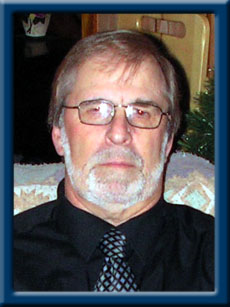 Wamboldt – Frederick “Fred” W., 67, of Mill Village, Queens County, passed away on Saturday, August 12, 2017 in Queens General Hospital, Liverpool.
Born in Milton he was the son of the late Wallace and Dorothy (Wamboldt) Wamboldt.
Fred worked for Michelin for 30 years retiring in 2005. He owned huskies and built dog sleds which he also raced. He enjoyed woodworking, carpentry and doing home improvement. He was an avid painter. His work can be seen hanging in the Queens County Museum and the homes of family and friends. Fred served as president for five years with the Queens County Historical Society and as treasurer for the Queens County Museum Board of Trustees. He also sat on the East Coast ParaCon Committee and was involved with the Milton Scout Troop along with his brothers Jordy and Rick.
Fred is survived by his wife of 37 years, Wendy and his son Josh of Mill Village; his sister Christine Whynot of Milton.
Fred was predeceased by his brothers Jordan “Jordy” and Richard “Rick”.
Cremation has taken place under the direction of Chandlers’ Funeral Home, Liverpool. A graveside memorial service will be held Friday, August 18, 2017 at 2:00 p.m. in Mill Village Community Cemetery. Lay Minister Peter Anthony officiating. Family flowers only, donations may be made to Queens County Historical Society. Online condolences may be made to www.chandlersfuneral.com

Offer Condolence for the family of Wamboldt; Frederick “Fred” Wayne