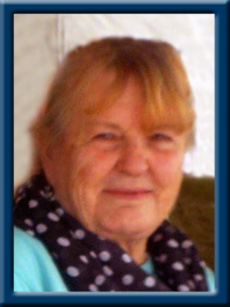 WAMBOLDT – B. Doreen, 80, of Milton, Queens County, passed away peacefully in Queens General Hospital, Liverpool on Thursday, August 4, 2022.
Born in Port Mouton, Queens County, Doreen was a daughter of the late Clifford and Lillian (Fisher) Smith.
Doreen is survived by her daughters Melissa Wamboldt (Kevin Bond) and Vicki Carver, both of Liverpool, Samantha Wamboldt of Nelson Osprey. Her sons Gary (Pamela) of White Point, Chris (Kathy) of Mersey Point, Craig of Milton. 11 grandchildren and 6 great grandchildren. Her sisters Audrey (Joe) Fralic and Mary Anne Roy, both of Port Mouton, Jennie (Jackie) Nowe of Milton, Sandra (Mike) Roy of Liverpool and Connie (Barry) Roy of Bridgewater. Her brothers Sterling (Judy) and Carleton, both of Port Mouton, Eddie (Cathy) of Halifax, David (Nancy) and Wayne, both of Brooklyn.
Besides her parents, Doreen was predeceased by her husband Charles, daughter Sherry Downton, grandson Kyle Carver, great grandson Riley Burgess. Sister Wendy Smith and brothers Clifford and Frank.
Cremation has taken place under the direction of Chandlers’ Funeral Home, Liverpool, NS. At Doreen’s request, there will be no funeral service. Online condolences may be made to www.chandlersfuneral.com

Offer Condolence for the family of Wamboldt; B. Doreen