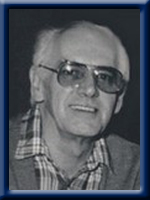 Bill enjoyed fishing and canoeing with his family on Ponhook Lake, Dancing with Loretta and volunteering with the Liverpool & Halifax Fire Departments.  His careers commenced in Nova Scotia selling Red Rose Tea in Cape Breton and selling cars in Liverpool.  Bill was transferred to Saint John in 1965 with a finance company and then embarked on a new career choice selling Diesel Trucks for many years, driving a school bus while operating their own company Walsh Luggage in Market Square.

Dad enjoyed stockcar racing and announced at the Airport Raceway and Hammond River Raceway for many years in the 70’s.  He loved motorcycle driving and was an instructor for the New Brunswick Safety council.  Bill and Loretta had fun bowling with their friends at Haymarket Square for many years as well.  Dad was a stellar pool player and a fine sportsman bringing in the championship many times with the final power play.  He was an avid model railroader spending many years designing and building his own layouts and watching the birds from his Model Railroading room.  Bill will be sorrowfully missed by his friends and family.

Resting at Fundy Funeral Home, Saint John NB on Sunday August 29th, 2010 from 2 to 4 and 7 to 9 pm. Visitation will also be held on Monday August 30th, 2010 from Chandlers Funeral Home, Liverpool NS, from 7:30 to 9 pm and Tuesday from 12 noon til time of service. Funeral service will be held on Tuesday August 31 at 2 pm, from Chandlers Funeral Home Chapel, Rev. Steven Hopper officiating. Interment will be in Zion Unnited Church Cemetery. Memorial donations may be made to the Canadian Cancer Society or to a charity of the donor’s choice.

Offer Condolence for the family of Walsh, William Milford