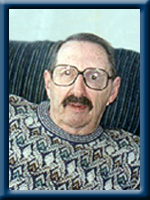 Wallace, Stanley Arthur, 83, of Liverpool, Queens County, passed away on Friday, September 30th, 2011, peacefully at home.
Born in Cochrane, Ontario he was a son of the late Ian and Peggy Wallace.
Stanley was a former member of the merchant marines and, in 1946, sailed on the Liverpool Rover on its last trip from Liverpool to China, a six month journey. Following this he moved to Toronto, where he worked for 35 years for C.N. and Go Transit, until retiring in 1984 and moving back to Nova Scotia. He and his wife Midge spent 17 years in Greenfield before moving to Liverpool in 2001. Stanley was a former member of the Patterson Lodge # 265 A.F.& A.M., and Royal Arch Masons #218, both of Toronto as well as the Brampton Flying Club and the Canadian Merchant Navy Veterans Association. He was a prized gardener, model railroader and an avid painter.
He is survived by his loving wife of 58 years, Ruth “Midge” (Forbes); sister Pat Westwood, of Maple Ridge, B.C.; brother Denis (Joan), of Burlington, Ontario; many nieces and nephews.
He was predeceased by brothers Victor and Donald “Skee”.
Cremation has taken place under the direction of Chandlers’ Funeral Home and Cremation Service, Liverpool. There will be no Funeral Service at Stanley’s request. Donations may be made to the Queens General Hospital Foundation or to the Queens County branch of the V.O.N.. Online condolences to the family may be made at www.chandlersfuneral.com

Offer Condolence for the family of Wallace; Stanley Arthur