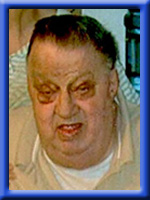 Born in Liverpool, he was the son of the late Ella Jane (Whynot) and Henry James Wagner.

Henry worked with Acadia Construction in Bridgewater for a number of years and worked at Mersey Seafoods for 11 years. Henry enjoyed playing cards and the game of “Trouble” with the girls.

Henry is survived by his wife June Hazel (Freeman), half sister Marion Whynot of Liverpool and several nieces and nephews.

He was predeceased by his sister Betty Doucette.

Cremation has taken place under the direction of Chandlers’ Funeral Home, Liverpool. There will be no service. No flowers by request. Donations may be made to the family. Online condolences may be made at www.chandlersfuneral.com.

A gathering for family and friends will be held on Saturday, March 13th, 2010 from 1:00 until 3:00 p.m at the Queens Ground Search and Rescue Hall in Sandy Cove.

Offer Condolence for the family of Wagner, Henry Gerald