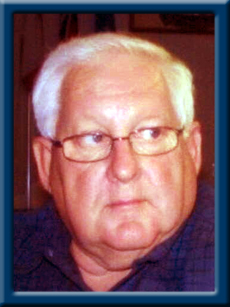 WAGNER – Francis R., 73, of West Berlin, Queens County, passed away peacefully at home on Monday, October 28, 2019.
Born in Liverpool, Francis was the son of the late Stanley and Mary (Christensen) Wagner.
Francis was a former employee with Bowater Mersey Paper Company retiring as Core Room Boss of the Finishing Department. He raised, cattle, pigs and turkeys and helped cut meat at a local butcher shop. He enjoyed working outdoors; lobster fishing and working in the woods cutting pulp wood. In his spare time, Francis enjoyed playing cards. Francis was a life member of the Communications, Energy and Paperworkers Union of Canada; Local 141.
Francis is survived by his wife Judith (Fralic), his daughter Cindy (Randy) Burt of Stephenville, NL and his son Wade of Eagle Head. His sister Sharon (Philip) Thorbourne of Milton.
Cremation has taken place under the direction of Chandlers’ Funeral Home, Liverpool. At Francis’ request, there will be a private family interment in St. John’s Anglican Cemetery in West Berlin at a later date. No flowers. Donations may be made to Victorian Order of Nurses, Queens County Branch, Alzheimer’s Society of Nova Scotia or to the Red Cross. Online condolences may be made to www.chandlersfuneral.com.
The family would like to express their heartfelt thanks and gratitude to VON and Queens Home Support workers for their kind and compassionate care of Francis.

Offer Condolence for the family of Wagner; Francis Russell