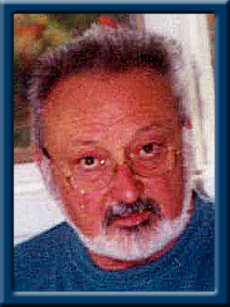 Walter Hueniche – Barott – von Carlowitz, of White Point, Queens County, passed away peacefully, aged 84 and 6 months, on Wednesday, April 17, 2019 at Queens General Hospital, Liverpool.
Born October 07, 1934 in Schluechtern, Germany, he was the eldest son of Hermann Hueniche and his wife Gertraude nee Adam.
Walter studied at the Fachhochschule fuer Gestaltung (College of Art and Design) and became Art Director in international advertising agencies and Art Master at the Ulrich-von-Hutten-Gymnasium in his native town in Germany. Since 1981, Walter worked as a free lance artist in the northern part of Germany. He held teaching appointments in Bremerhaven, Stade, Zeven and the vocation of Professor at the Summer Academy in Marburg. Walter held many exhibitions in Europe, Canada and Australia. Walter received distinction in the Art World with his paintings, his musical talent he used by playing Cello, Violin and Piano.
Of all the places Walter has visited he sensed immediate motives in Nova Scotia. This positive feeling not only affected the painted landscape it also influenced his entire way of painting in portrait, figurative and abstract artwork.
Along with his second wife Isabella von Carlowitz, Walter is survived and lovingly remembered by family members in Germany, his sister Ilse Westphal with daughter Ilka Pulver and family, with son Guido Westphal and family. His son Oliver Hueniche with Jutta, his daughter Kathy Butler with Thomas and daughters Nadja Baalmann with Daniel, Jasmine Butler and his first wife Marylla Hueniche.
Cremation has taken place under the direction of Chandlers’ Funeral Home, Liverpool.
A private family “Abschied” will be held on Good Friday, April 19, 2019 at Chandlers’ Funeral Home, Liverpool. Online condolences may be made to www.chandlersfuneral.com
“The day is too short – the path almost in sight- the journey endless!”
“Ein Mensch, den wir lieben bleibt fuer immer, denn er hinterlaesst Spuren in unseren Herzen”