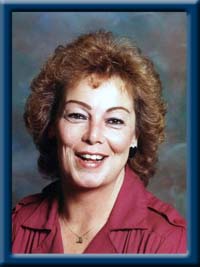 Verge, Nancy Irene, age 69, of Hunts Point, Queens County, passed away peacefully at home on Saturday, June 25, 2016.
Born in Liverpool, Queens County, she was the daughter of the late Edward and Helen (Rice) McKinnon.
Nancy was employed in her early years with White Point beach Lodge and Resort working with the original owners, the Elliots. She and her husband, Terry, then spent time in Germany where Terry was deployed with the Canadian Armed Services from 1967 to 1971 and then from 1976 to 1980. Following their return, Nancy was kept busy raising her family. In 2001, she, once again, went to work at White Point Beach Lodge and Resort as a reservations clerk. In later years, Nancy enjoyed spending time in her garden and walking her dogs on the beach.
She is survived by her loving husband, Terence; daughters, Vicki (Ron) Burgess, Susan (Ron) Lotocki, both of Winnipeg, Manitoba; grandchildren Christopher and Nicolas Burgess; Jake and Ryan Lotocki.
Cremation has taken place under the direction of Chandlers’ Funeral Home, Liverpool. A private family service will be held at a later date. No flowers by request. Donations may be made to the Canadian Cancer Society. To share memories or condolences, please visit www.chandlersfuneral.com

Offer Condolence for the family of Verge; Nancy Irene