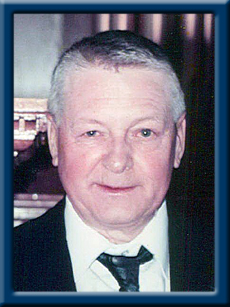 VEINOT – Ronald V., 88, of Liverpool. Queens County, passed away peacefully in Queens General Hospital on Tuesday, June 4, 2019.
Born in Hemford, Lunenburg County, Ron was a son of the late Roy and Doris (Lohnes) Veinot.
Ron was a long time barber in Liverpool retiring in 2018; hanging up his scissors and shears after serving his community for 57 years. In his younger years, Ron worked at the Bowater Woods camps and for Acadia Construction in a gravel pit running a rock crusher. Ron enjoyed fishing, especially salmon fishing, hunting and gardening. He will be fondly remembered by his family and close friends as a “Red Green’ type of person forever tinkering with something in his building.
Ron is survived by his wife of 60 years Deanna (Edmunds), his sons Kevin (Kim) and Kenneth, both of Liverpool and his grandson Jason.
Besides his parents, Ron was predeceased by his infant brother Byron.
Cremation has taken place under the direction of Chandlers’ Funeral Home, Liverpool. A graveside service will be held on Friday, June 7, 2019 at 1:00 p.m. in the Hemford Community Cemetery. No flowers by request, donations may be made to the Hank Snow Society, North Queens Nursing Home or Queens General Hospital Foundation.
Online condolences may be made to www.chandlersfuneral.com.

Offer Condolence for the family of Veinot; Ronald Vincent