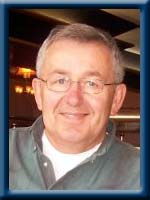 Born in Liverpool, he was a son of the late Freeman and Hazel (Croft) Veinot.

He is survived by his wife Eileen (Godwin), his daughter Kimberley (Irvin) MacKenzie of Brooklyn and his son Shawn (Missy) of Kentville. His granddaughters Kaylee and Kelsey MacKenzie, Paige, Brooke and Gabrielle Veinot. His sister Annabelle Rafuse of Milton and his brother Ted of Saint John, NB.

Cremation has taken place under the direction of Chandlers’ Funeral Home, Liverpool. A private family memorial will be held at a later date. Friends are invited to the Union Hall in Brooklyn on Saturday, April 20th, 2013 at 2:00 p.m. for a celebration of Richard’s life. No flowers by request, donations may be made to the Queens General Hospital Health Project. Online condolences may be made to www.chandlersfuneral.com

Offer Condolence for the family of Veinot; Richard Eugene