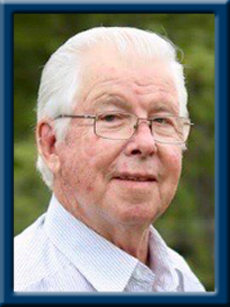 VEINOT – Barrie Wayne, 76, of Caledonia, Queens County, passed away peacefully in South Shore Regional Hospital, Bridgewater on Thursday, September 24, 2020.
Born in Bridgewater, Barrie was a son of the late Donald and Beulah (Carver) Veinot.
Barrie was a former Bowater Mersey Paper Company employee working at Lake Rossignol. He then went with Atlantic Wholesalers in Bridgewater for a number of years before starting his own carpentry business. Barrie took great pride in his property; mowing his lawn and piling his wood “just so”.
Barrie is survived by his wife of 47 years; Barbara (Ball); his daughter Angie (Chris) Cherry of Pleasant River; his son Jeffrey (Kylie) of Barss Corner; His grandchildren Emily and Sara Cherry and Janelle, Katie, Foster, Grace, Isabelle and Joshua Veinot. His sister Susan (Stanley) Kelley of Watford, NS and his brothers Graham of Union Square and Eddie (Yvonne) of New Elm as well as special family friend, Louise Veinot (Jamie Wentzell).
Besides his parents, Barrie was predeceased by his brother Dwight.
Cremation has taken place under the direction of Chandlers’ Funeral Home, Liverpool, NS. At Barrie’s request, there will be no funeral service. No flowers, donations may be made to North Queens Fire Association or to the IWK-Grace Hospital, Halifax. Online condolences may be made to www.chandlersfuneral.com

Offer Condolence for the family of Veinot; Barrie Wayne