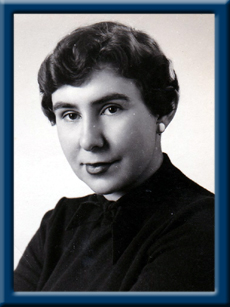 Van Zutphen – Mary Maureitus Georgina, formerly of Liverpool, Queens County passed away at age 85 on March 2 2019 at Shoreham Village Nursing Home in Chester.
Maureitus was born in Milton Nova Scotia on February 15 1934 , the daughter of Jessie (Grant) and Andrew Winters.
She graduated from Liverpool Regional High school and moved to Halifax where she was a switchboard operator and met her husband Franciscus Henricus “Frank” Van Zutphen. Maureitus and Frank were married in 1959 and eventually lived in a number of other locations including Calgary AB, Victoria BC, and Cornwall ON before moving back to Liverpool in 1973. Until she retired, Maureitus was employed in Liverpool as a bookkeeper for MEMCO.
Maureitus was very thoughtful, family oriented person that always put the needs of others ahead of her own. She enjoyed music and was at one time a member of the ukelele ensemble in Liverpool. Maureitus also loved animals and volunteered for the Liverpool/Queens County SPCA in the past.
She is survived by her brother Roderick (Colleen) Winters of Oromorcto New Brunswick, and her children Carolyn (Dale) Stryker, Lower Sackville, Bruce Van Zutphen , Brooklyn, Joanne Van Zutphen, Brooklyn and Elaine (Norm) Furniss, of Berwick, as well as grandchildren Emma, Pauline and Shawn Stryker, Cara and Aimee Corbett, Liz and Amanda Furniss, and two great grandchildren Aden Bachmann and Alexis Parish.
In addition to her parents, Maureitus was pre-deceased by her husband Frank and son Paul.
Cremation has taken place under the direction of Chandlers’ Funeral Home, Liverpool. A graveside memorial service will be held Friday, April 26, 2019 at 2:00 p.m. in St. Gregory’s Catholic Cemetery, College Street, Liverpool. Reception to follow in St. Gregory’s Hall, Old Bridge Street, next to the church. In lieu of flowers donations may be made to the SPCA, Shoreham Village Foundation, Queens General Hospital Foundation or the VON. Condolences may be offered through www.chandlersfuneral.com
Maureitus was recently a resident of Shoreham Nursing home in Chester. We would like to thank the wonderful staff there for the care of our mother during her time there. She enjoyed her own peaceful room overlooking the forest with birds and wildlife out the window.