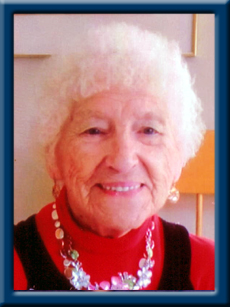 VAN NORDEN – Louise M., 95, of Liverpool, Queens county, passed away in Admiral LTC, Dartmouth NS on October 30, 2019.
Born in Bridgewater, Louise was a daughter of the late John and Beatrice (Hubley) Labrador.
Louise worked at Lane’s Motel for a number of years as a housekeeper and was affectionately known as “Mustang Sally” in Liverpool.
She is survived by her daughter Agnes (Gary) Hatt of Bridgewater; her sons Ed (Elizabeth) of Dartmouth, Earl of Fredericton and Barry (Kathy) of Greenfield. 9 grandchildren and 7 great grandchildren. Her sister Mary Weagle and her brother Eddie (Joan) of Liverpool.
Louise was predeceased by her husband Bruce, her son George, her grandchildren Tina, Darren and David. Her sisters Doris, Jean and Agnes and her brothers Donny, John, Frank and Robert.
Cremation has taken place under the direction of Chandlers’ Funeral Home, Liverpool. Funeral service will be held Saturday, November 9, 2019 at 11:00 a.m. in Chandlers’ Funeral Chapel, Liverpool. Reverend Carol Smith officiating. Burial will be in Zion United Cemetery, Payzant Street, Liverpool. No flowers by request. Donations may be made to your local SPCA. Online condolences may be made to www.chandlersfuneral.com

Offer Condolence for the family of Van Norden; Louise Marie