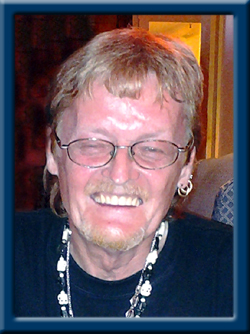 UMPHREY – Kenneth Keith, 63, of Halifax, passed away from natural causes at home on Sunday, December 20, 2015.
Born in Oshawa, Ontario he was a son of the late Harley and Christina (McPhee) Umphrey.
Kenny was gifted in many ways, but his true passion was his music. Though his life took him in different directions at times, he always returned to his true passion. He will be fondly remembered as a kind, spiritual and tenacious person. He was young at heart and touched all whom met him. He showed courage and cheerfulness when faced with obstacles in his life, in short, Kenny was a gentle man.
He is survived by his sisters Karen Umphrey and Kim Umphrey, both of Liverpool; his brother Harley (Genevieve) of Singapore; his nephew Dravyn Collins of Los Angeles, CA. and special family friend Christine MacPherson of Liverpool. Kenny is also survived by many other loving relatives.
He was predeceased by his brother Ross.
Cremation has taken place under the direction of Chandlers’ Funeral Home, Liverpool. A service will be held at a later date. Donations in memory of Kenny may be made to the charity of your choice. Online condolences may be made to www.chandlersfuneral.com

Offer Condolence for the family of Umphrey; Kenneth Keith