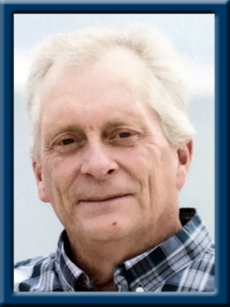 UHLMAN – Larry F., 50, of Caledonia, Queens County, passed away suddenly in Queens General Hospital, Liverpool on Friday, April 27, 2018.
Born in Bridgewater, Larry was a son of Fulton and Sharon (Maisine) Uhlman.
Larry was a heavy equipment operator and worked for the former Bowater Mersey Oakhill Sawmill as well as the Department of Natural Resources, N.F. Douglas Lumber, Bernard Mailman Excavations and Dexter’s Construction. In his early years, Larry enjoyed fishing and sports, but, most of all he enjoyed spending time with his family, especially his daughter Layla and time at the cabin.
Surviving besides his parents are his wife of 14 years Stacey (Wills); his daughter Layla; his sister Valerie (Wayne) Fancy of South Brookfield.
Cremation has taken place under the direction of Chandlers’ Funeral Home, Liverpool. At Larry’s request, there will be no funeral service. Donations in Larry’s memory may be made to the Kidney Foundation, North Queens Fire Association or to the North Queens Community Schools Sports Department. Online condolences may be made to www.chandlersfuneral.com

Offer Condolence for the family of Uhlman; Larry Fulton