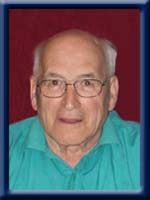 UHLMAN – John W. “Billy”  81, of White Point, Queens County, formerly of Chelsea, passed away peacefully in Queens General Hospital, Liverpool on Thursday, March 28th, 2013 with his companion, Sylvia, by his side.

Born in Chelsea, he was a son of the late James “Essie” and Blanche (LeBlanc) Uhlman.

Billy was a former employee of Bowater Mersey Paper Company, Brooklyn retiring as foreman of the Wood Room. He enjoyed salmon fishing, hunting, camping and playing washers and crib with his buddies.

Cremation has taken place under the direction of Chandlers’ Funeral Home, Liverpool. At Billy’s request there will be no service. Donations may be made to the Canadian Cancer Society. Online condolences may be made to www.chandlersfuneral.com. A special thank you to Dr. Blackadar, the VON, Homecare and the wonderful care he received at Queens General Hospital. A very special thank you to Al Shankel for being such an amazing friend.

Offer Condolence for the family of Uhlman; John William