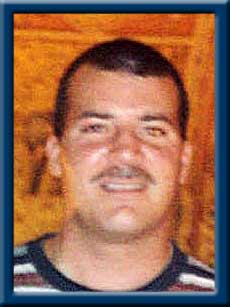 TURPIN – Todd Ian, 51, of Liverpool, passed away on January 8, 2019 at home in Severn, ON after a brief illness.
Born in Liverpool, Todd was the beloved son of Sandra (Wolfe) Turpin of Liverpool and the late Donald Turpin.
Todd graduated from Liverpool Regional High School in 1985 and, two years later, moved to Toronto to pursue a career in carpentry, later moving to Orillia, ON. In his younger years, Todd enjoyed hockey, rock concerts and vacationing in Florida.
Cremation has taken place under the direction of Mundell Funeral Home, Orillia, ON. A private graveside memorial service will be held at a later date under the direction of Chandlers’ Funeral Home, Liverpool. Donations in Todd’s memory may be made to a charity of your choice. Online condolences may be made to www.chandlersfuneral.com

Offer Condolence for the family of Turpin; Todd Ian