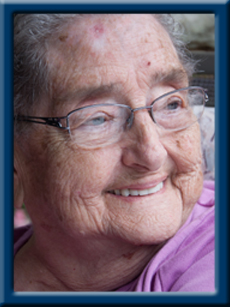 TURNER – Joyce E., 84, of Charleston, Queens County, passed away peacefully on Saturday, January 2, 2021 in Queens General Hospital, Liverpool, NS. with her husband by her side.
Born in Liverpool, Joyce was a daughter of the late Wm. Clare and Etta (Nickerson) Wood.
Joyce graduated in 1967 as a certified nursing assistant (CNA) from the former Douglas Hospital in Verdun, PQ. She returned to Nova Scotia in 1969 and began working at the former Halifax Infirmary and then Northwood Manor. Joyce transferred to South Shore Regional Hospital in Bridgewater and finally to Queens Manor, Liverpool from where she retired. Joyce enjoyed quilting in her spare time and was a former member of the Wentzell’s Lake Rifle Club.
Joyce is survived by her husband Byron; her sons Michael (Donna) Herman of Western Head; John (Debbie) of Brooklyn and David (Debra) of Stony Plain, AB. Her grandchildren Kristin Herman (Shane Hatt), Michelle (Nathan) Croxen, Stephanie Herman and Melissa (Blake) Dickens. Great grandchildren Benjamin and Genevieve Croxen, Kenzie McPherson and Ember Dickens. Her sisters Patricia Dixon of Bridgewater and Shelley (Terry) Walker of Liverpool and her brother Vincent (Linda) of Hubley.
Besides her parents, Joyce was predeceased by her first husband Robert Herman.
Cremation has taken place under the direction of Chandlers’ Funeral Home, Liverpool, NS. A graveside service will be held at a later date. No flowers by request, donations may be made to a charity of your choice. Online condolences may be made to www.chandlersfuneral.com.

Offer Condolence for the family of Turner; Joyce Erma