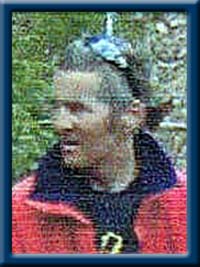 THORBURNE – Richard Henry, 53, of Liverpool, passed away suddenly at home on July 22, 2015.
Born in Berwick, Kings County, he was a son of the late Claude and Thelma (Brockhouse) Thorburne.
Richard worked for the former Steel and Engine Products Limited (STENPRO), Liverpool. He loved to rabbit hunt and fish in his younger years and enjoyed fixing bicycles.
He is survived by his children Jessica, Candace, Brandon and Nathan; his sister Joanne (John) Wolfe, of Milton; his brothers Stephen of Victoria, BC; Tim (Brenda), Kevin (June), Gary (Paula), and Byron (Julie) all of Liverpool.
He was predeceased by his son Nicholas and his brother Claude.
Cremation has taken place under the direction of Chandlers’ Funeral Home, Liverpool. A private family graveside memorial will be held at a later date. No flowers by request, donations may be made to the Canadian Diabetes Association or to a charity of your choice. Online condolences may be made to www.chandlersfuneral.com

Offer Condolence for the family of Thorburne; Richard Henry