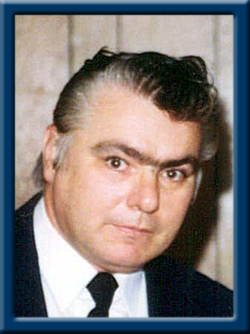 Thorburn Charles Philip – 76, of Mersey Point, Queens County passed away in Queens General Hospital, Liverpool, NS on Monday July 11th, 2016.
Born in Milton, he was the son of the late Gilbert Mark and Grace Mae (Foster) Thorburn.
Charles was a member of the Royal Canadian Army Corp., serving peace keeping missions in Cypress. He also enjoyed hunting, fishing, scratch tickets and his dog.
He is survived by his sons Mark and Jody; sister Mary Whynot of Liverpool, NS; brothers Murray (Ruth) of Liverpool, NS, David (Norma) of London, ON. and nephew Jerry Whynot of Toronto, ON.
Predeceased by his son Robby; his sister Doris Whynot and his brothers Harry, Buster, Doug, Vincent, Claude.
Cremation has taken place under the direction of Chandlers’ Funeral Home, Liverpool. At Charles’ request, there will be no funeral service. Online condolences may be made to www.chandlersfuneral.com

Offer Condolence for the family of Thorburn; Charles Philip