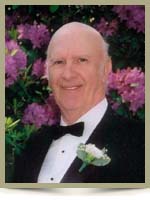 Born in Liverpool Nova Scotia he was the son of Ralph and the late Linda (Forbes) Thompson.

Forbes was an avid hunter and fisherman all his life and had a great love for the outdoors. Forbes took great pride in being a Licensed Hunting, Fishing and Recreational Guide. Forbes was the owner of Thompson and Purcell Land Surveying and a partner in Thompson Conn Surveying, which was more than a career for him it was a passion. Forbes served as past President of both the Association of Nova Scotia Land Surveyors and the Association of Canadian Land Surveyors.

Anyone who ever spent time with Forbes knew him as a storyteller with a great sense and appreciation of humor and music. Forbes never travelled without his guitar or harmonica and he was always ready to entertain with a tune.

Forbes was predeceased by his wives Helen “Ann” and Dorothy “Isabelle”.

A Celebration of Forbes Life will be held on Sunday, November 4th, 2012, at 2:00 p.m., from the Bridgewater Baptist Church, #317 King Street, Bridgewater. Reverend Eric Campbell officiating, assisted by the Reverend Norman Hovland. Family flowers only. In remembrance of Forbes, donations may be made to the Queen’s County  VON Palliative Care or to the Bridgewater Baptist Church Building Fund. Online condolences to the family may be made at www.chandlersfuneral.com

Offer Condolence for the family of Thompson; John “Forbes”