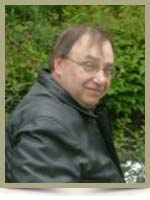 Tanner, Wade Bernard, 57, of Brooklyn, Queens County, passed away on Sunday, September 30th, 2012, at home, surrounded by his loving family.

Born in Blue Rocks, Lunenburg County, he was a son of Gloria (Knickle) Tanner of Bridgewater and the late Walter Tanner .

Wade loved motorcycles and owned a 750 Honda Shadow, that he enjoyed riding and taking to rallies. He also loved anything nautical and enjoyed the sea, especially being on the water. He was a welder at Wa-Su-Wek for over 30 years retiring in June 2012 as production foreman. He is survived by his loving wife, the former Louise Francis; his daughter Chrissy (Peter Googoo) of Chester Basin and his son Joey (Chrystal Doucette) of Yarmouth. His grandchildren Zane, Cassia, Peyton, Mika, Brady and Tanner. His “adopted” son Little John. His brothers Reid of Dayspring, Roseville (Sharon) of Chester and Sonny (Lynn) of Halifax.

He was predeceased by his brother Greg and his sister-in-law Linda.

Visitation will be held Wednesday, October 3rd, 2012 from 7:00 – 9:00 p.m. and the funeral service on Thursday, October 4th at 11:00 a.m., both from Chandlers’ Funeral Chapel, Liverpool, followed by a reception. Lay Minister Peter Anthony officiating. Family flowers only, donations may be made to the Queens County Branch of the SPCA or the Canadian Cancer Society. Online condolences may be made to www.chandlersfuneral.com.

Offer Condolence for the family of Tanner; Wade Bernard