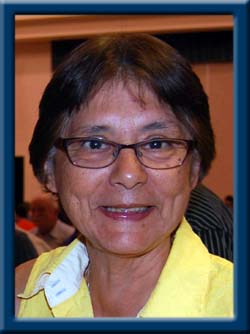 TANNER – Louise E., 60 of Brooklyn, Queens County, passed away suddenly at home.
Born in Liverpool, she was a daughter of the late Joseph S. and Genevieve (Labrador) Francis.
Louise worked at Queens General Hospital, Liverpool for over 30 years in housekeeping. She enjoyed playing bingo and spending time with her grandchildren. In her earlier years, she enjoyed quilting. She will be fondly remembered as a welcoming person to anyone who came to her home.
She is survived by her daughter Chrissy Tanner (Peter Googoo) of Chester Basin; her son Joseph Francis (Chrystal Doucette) of Yarmouth; grandchildren Zane Tanner, Cassia Googoo, Peyton Googoo, Mika Francis, Braedon Francis, Tanner Doucette; her favorite companion Duncan;
her sister Jo-Ann Stewart (George Underwood) of Milton and her brothers Robert (Sherilyn) of Dartmouth, John (Delores) of Membertou, Sam and Jimmy, both of Chester Basin and her “adopted” son John Rogers.
She was predeceased by her husband Wade; her sister Beverley Francis and her brother Joseph and infant brother Frank.
Cremation has taken place under the direction of Chandlers’ Funeral Home, Liverpool. A memorial service will be held Monday, October 19th at 10:00 a.m. at St. Gregory’s Catholic Church, Liverpool. No flowers by request, donations may be made to a charity of your choice. Online condolences may be made to www.chandlersfuneral.com

Offer Condolence for the family of Tanner; Louise Evelyn