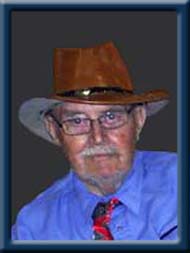 Born on September 6th, 1927 in Newcastle-under- Lyme, he was a son of the late John and Margaret (French) Sutton.

Rick had active service with the Argyle and Southerland Highlanders and the Royal Canadian Air Force.

He is survived by his daughters, Suzanne of Cherry Hill and Margaret (Paul) Mitchell of Dumfries, Scotland and his sons, Walter of Vancouver and Anthony of Port Hardy. His grandchildren, Fiona and Sarah.

He was predeceased by his wife, the former Sylvia Wright and infant brother Bernard.

Arrangements entrusted to Chandlers’ Funeral Service, Liverpool. A graveside service will be held in Newcastle-under-Lyme Cemetery at a later date, where he will be laid to rest beside his beloved wife. “Joined together again; their two hearts beat as one”. Online condolences may be made to www.chandlersfuneral.com

Offer Condolence for the family of Sutton; Arthur Eric “Rick”