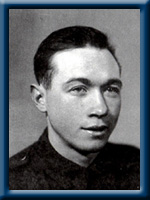 SUTHERLAND – Chester G., 88, of South Brookfield, Queens County, passed away peacefully on Thursday, May 12th, 2011 at home with his family by his side.
Born in Molega Mines, he was a son of the late Robert K. and Ethel M. (Whynot) Sutherland.
He served with the Royal Canadian Infantry overseas during World War Two. Upon his return he served as a protection officer for Department of Fisheries and Oceans for 28 years. He was a member of A.L. Patterson Branch #87, Royal Canadian Legion, Caledonia for 30 years and served as 1st Vice President. He was a life time member and past president of the Nova Scotia Guides Association and also a member and 1st vice president of the Fish and Game Association. He was a member of the South Brookfield United Baptist Church.
He is survived by his wife of 66 years Isabel (McArthur); his daughters Christine (Donald) Hyson of Beaverbank, Bonnie (Garnet) DeLong of Albany New, Catherine (Leigh) Merry of Maitland Bridge, Margaret Weare of Harmony. His sons: Robert (Wilda) of Harmony and Peter, at home. 13 grandchildren and 10 great grandchildren. His sister Mary (Harley) Boland of Bang’s Falls.
He was predeceased by his grandson Troy Merry.
Cremation has taken place under the direction of Chandlers’ Funeral Home, Liverpool. Funeral service will be Monday, May 16th, 2011 at 2:00 p.m. in South Brookfield United Baptist Church. Reverend Lloyd Gillieo officiating. Burial will be in South Brookfield Community Cemetery. Family flowers only, donations may be made to the South Brookfield United Baptist Church or the Queens County Branch of the Victorian Order of Nurses. Online condolences may be made to www.chandlersfuneral.com

Offer Condolence for the family of Sutherland; Chester Garfield