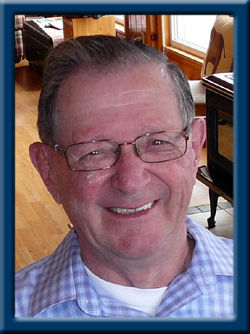 STEVENS – Dennis G., 81, of Newcombville, Lunenburg Co and Western Head, Queens County passed away peacefully on Wednesday, January 27, 2016 in South Shore Regional Hospital, Bridgewater.
Born in East Chester, he was the son of the late Walter and Lena (Hebb) Stevens.
Dennis was a former member of the Royal Canadian Air Force serving both internationally and coast to coast in Canada for 20 years. He worked in private industry following his military career and eventually settled in Queens County where he worked for Bowater Mersey Paper Company Limited. He was an avid fisherman, hunter and nature lover.
He is survived by his wife of 58 years, Ruby (Whynot); his daughter Coleen Stevens (Brian Kent) of Milton, ON.; his son Donald (Debbie) of Bowmanville, ON.; grandchildren Christopher, Jason and Nicole and great grandchildren Landen and Lilyanna.
Cremation has taken place under the direction of Chandlers’ Funeral Home, Liverpool where family will receive friends and personal condolences on Wednesday, February 3, 2016 from 4 until 6 p.m.. Family flowers only, donations may be made to the Alzheimer’s Society of Nova Scotia or to a charity of your choice. Online condolences may be made to www.chandlersfuneral.com

Offer Condolence for the family of Stevens; Dennis George