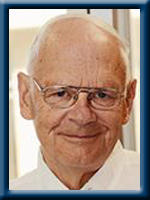 Born in Sherbrooke, PQ, he was a son of  the late Leonard and Grace (Webster) Stafford.

Robert was a partner in his own chartered accounting firm, Stafford, Lyon and Noble, in Sherbrooke before moving to Nova Scotia in 1978, working with Cecil Smith, and eventually beginning a new firm Stafford and Raymond. He “retired” in mid 2006. He was an active member and past president of the local Progressive Conservative Party as well as a past president of the Kiwanis Club of Liverpool.  He enjoyed curling, fishing, antiquing and the outdoors. He will be fondly remembered as a kind, unassuming, true gentleman who gave generously of his love, time and talents to family, friends and co-workers. He will be sadly missed by all who knew him.

He is survived by his wife Sandra (Saanum), his daughter Rachel (Patrick) Stiles of Hammonds Plains.

Cremation has taken place under the direction of Chandlers’ Funeral Home, Liverpool where visitation will be held Saturday, March 15, 2014 from 7 until 9 p.m.  Funeral service will be held Sunday, March 16, 2014 at 2:00 p.m. in Zion United Church, Liverpool. Reverend Sheila Redden-Smith officiating. Burial will be held at a later date. No flowers by request. Donations may be made to QEII Foundation, the Queens General Hospital Foundation or to any charity. Online condolences may be made to  www.chandlersfuneral.com

Offer Condolence for the family of Stafford; Robert Edward