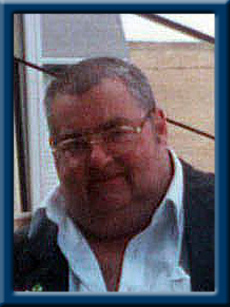 SPURR – Philip Lewis., 75, of Pleasant River, Queens County, passed away peacefully in North Queens Nursing Home, Caledonia on Saturday, January 28, 2017.
Born in Middleton, Philip was a son of the late Lewis and Audrey (Maclean) Spurr.
Philip worked as a truck driver for Maritime Steel in Dartmouth then for Canadian National Railway in various locations throughout Nova Scotia until his retirement. He enjoyed hunting, fishing and woodworking. He was owner/operator of Spurr’s Salvage. He will be fondly remembered as a friend to all and who would lend a hand to anyone in need.
Philip is survived by his wife of 53 years, Marilyn (MacQuarrie); his sons Philip “Phil” (Heidi) of New Glasgow, Neil (Lori Smith) of Pleasant River, grandchildren Madison and Tanner. His sisters Patricia (Wayne) Allen of Bridgewater and Sandra Spurr of Brickton, NS, his brother Irvin (Debbie) of Mount Hanley, NS
Cremation has taken place under the direction of Chandlers’ Funeral Home, Liverpool. A graveside memorial service will be held Tuesday, January 31, 2017 at 11:00 a.m. in Lakeview Cemetery, Pleasant River. Reception to follow in the Pleasant River Community Hall. No flowers by request, donations may be made to the Canadian Cancer Society, the Alzheimer’s Association of Nova Scotia or to a charity of your choice. Online condolences may be made to www.chandersfuneral.com.

Offer Condolence for the family of Spurr; Philip Lewis