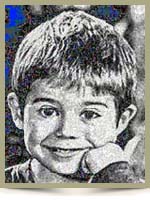 Sperry, Owen Warren, age 5, died tragically on January 23, 2013, in IWK Health Centre, QEII. Born inHalifax in June, 2007, he was a son of Jason and Tracy Sperry (Lawrence). Owen was in Primary at Beechville- Lakeside-Timberlea (BLT) Elementary. He enjoyed working outdoors with his dad, basketball, swimming and skating. Owen loved music and thought he and his brother would someday have a band with Jack on vocals and guitar and Owen playing back-up guitar. He is survived by his loving parents; brother, Jack; maternal grandparents: grandmother, Brenda Lawrence (and
James Hubley) and grandfather, Peter (and Maureen Lawrence) of Liverpool; aunts and uncles: Heather and Tom Cook, Brian Lawrence, Cory Hubley, Vernon, Robert, Harold, Douglas and Richard Sperry, Helen Legge and Donna Bollivar; cousins and other relatives. He was predeceased by paternal grandparents, Lorraine and Elizabeth Sperry. Funeral service will be held in JA Snow Funeral Home, 339 Lacewood Dr., Halifax on Thursday, January 31 at 11:30 a.m. The family will greet relatives and friends at a celebration of his life to follow in Delta Halifax, 1990 Barrington St., Baronet Ballroom at 2 p.m. In lieu of flowers the
family requests memorial donations be made to the Owen Sperry Trust at any branch of Scotiabank.

Offer Condolence for the family of Sperry; Owen Warren