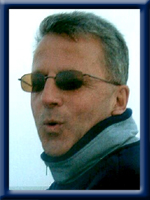 Born in Halifax, he was a son of the late John “Jack” and Mary Ann (Bennett) Spencer.

Brian served with the R.C.M.P. for 25 years, 10 of which were in the high crime canine unit with his faithful dog/partner “Sultan”. Upon his retirement from the R.C.M.P., he went to work aboard the fishing vessel MV “Osprey”. He served as vice-president of the Brooklyn Marina and was an active volunteer for many organizations such as Music Nova Scotia, Privateer Days and Seafest to name a few. He will be sadly missed by those who knew him and especially by his faithful dog, “Suzie”.

He is survived by his wife of 10 years Wanda (Anthony); his daughter Heidi Spencer of Boundary Creek, NB, his sons Kurt and Kent, both of Truro, his grandchildren Cohan Spencer, Sierra and Brendan Duplisae, his brothers John (Ruth ) of Stratford, ON and Barry (Margot) of Louis-de-Kent, NB.

A celebration of Brian’s life will beheld Wednesday, July 24th, 2013 from 7 until 9 p.m. in Chandlers’ Funeral Chapel, Liverpool. No flowers by request, donations may be made to the Queens County S.P.C.A. Online condolences may be made to www.chandlersfuneral.com.

Offer Condolence for the family of Spencer; Brian George Albert