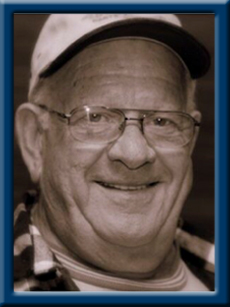 SOPER – Alan B., 83, of Brooklyn, Queens County, passed away peacefully in Queens General Hospital, Liverpool on Tuesday, August 6, 2019.
Born in Liverpool, Alan was a son of the late William and Pearl (Whynot) Soper.
Alan served briefly with the Royal Canadian Army Corps before going to work at Bowater Mersey Paper Company in Brooklyn where he retired from after 38 years as a papermaker. He enjoyed hunting and fishing, his daily drives around, doing small carpentry jobs in his workshop and dart night on Fridays. He also enjoyed spending time with his family especially his grandchildren and great grandchildren as well as time spent at his grandson in law’s garage. Alan was a member of the Mersey Branch #38, Royal Canadian Legion, Liverpool. He will be fondly and lovingly remembered as a dedicated family man.
Alan is survived by his daughter Kathy Mack (Danny Whynot) of Liverpool, his son Terry (Joyce) of Brooklyn. His grandchildren Bridget Mack (Shawn Purcell) of Stewiacke, Shannon (Cory) Hartlen of Liverpool, Lindsey Soper (Max Lingley) of Halifax and Darcy Soper (Ryan Smith) of Edmonton. His great grandchildren Jack, Ruthie and Tess. His sisters Pat Everett and Lesley (Donnie) Rhyno, both of Liverpool. His brother William of Brockville, ON.
Alan was predeceased by his loving wife of 61 years Donalda (Whynot) and his sister Myrna.
Cremation has taken place under the direction of Chandlers’ Funeral Home, Liverpool. A celebration of Alan’s life will be held Tuesday, August 13, 2019 at 2:00 p.m. in Chandlers’ Funeral Chapel, Liverpool. Reception to follow. No flowers by request, donations may be made to Queens General Hospital Foundation. Online condolences may be made to www.chandlersfuneral.com

Offer Condolence for the family of Soper; Alan Bertram