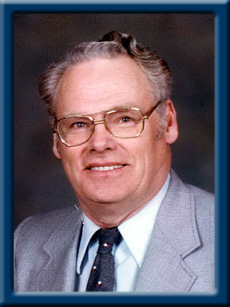 SMITH – Leslie Sterling, 87, of Milton, Queens County, passed away peacefully in Queens General Hospital, Liverpool on Thursday, March 16, 2017.
Born in Hunts Point, Queens County, he was a son of the late Carleton and Olive (Hartlen) Smith.
Leslie was a former long time stationery engineer for Bowater Mersey Paper Company Limited retiring in 1983. He enjoyed square dancing and sports; coaching boys and girls basketball, played and coached baseball and played hockey. He also enjoyed hunting and fishing and spending time at the cabin.
He is survived by his companion Frances Dalziel; his daughters Debra (Randolph) Whynot of Mersey Point; Sandra (David) Miller of Milton; his sons Ronald (June) and Gary (Iris Inkpen), both of Western Head. 10 grandchildren and 14 great grandchildren. His brother Lawrence (Shirley) of Milton.
He was predeceased by his wife of 31 years Janet (Wilson) and his brother Alfred.
Visitation will be Saturday, March 18, 2017 from 7 until 9 p.m. in Chandlers’ Funeral Home, Liverpool. Funeral service will be Sunday, March 19, 2017 at 2:00 p.m. in Milton Baptist Church. Reverend Terry Brewer officiating. Reception to follow. A private family committal will take place at a later time. Family flowers only, donations may be made to the Milton Baptist Church, Queens General Hospital Foundation or to a charity of your choice. Online condolences may be made to www.chandlersfuneral.com

Offer Condolence for the family of Smith, Leslie Sterling