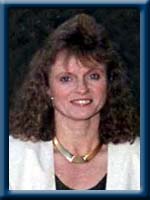 SMITH ; Elva B.,  of Hunt’s Point, Queens County, passed away peacefully in Queens General Hospital, Liverpool on Monday, April 15th, 2013 with her family by her side.

Born in Liverpool, she was a daughter of the late John and Elsie (Whynot) Ingram

Elva’s greatest love was her family and friends with whom she shared many wonderful times. Elva had many interests, some of which were quilting, sewing, stained glass, rug hooking, carving and gardening. She also enjoyed the many years she played broomball including the trip to the Canadian Nationals in Yellowknife. She liked to try other activities among them were golf, curling, tennis, badminton and bowling. Elva enjoyed spending time with her friends walking, jogging, bicycling, shopping and travelling. She also enjoyed the trips she and her husband Mike took with their friends and the trips she took with her sister and sister-in-law. Time spent at the cabin with family and friends was very precious to her as well as her dogs who provided many hours of enjoyment.

Elva worked at Bowater Mersey Paper Company Ltd for 38 years. During this time, she also worked part-time for approximately 15 years with Rossignol Credit Union. She studied and received her CMA designation while at Bowater. From 1992, she worked alongside her husband at Seaside Seafoods which included making her signature pies.

She is survived by her husband of  33 years Michael, her sister Geraldine (Lawrence) Ernst of Halifax, her brothers Eugene (Ethel), Douglas (Diane),  both of Liverpool, Wayne, Jeffrey (Erin), both of Mersey Point. Sister-in-law Rose Ingram of Liverpool and many nieces and nephews.

She was predeceased by her brother Charles in 2012.

Visitation will be Wednesday, April 17th, 2013 from 7 until 9 p.m. in Chandlers’ Funeral Home, Liverpool. Funeral service will be Thursday, April 18th, 2013 at 11:00 a.m. from Trinity Anglican Church. Chaplain Donald Lawton officiating. Burial will be in Trinity Anglican Cemetery, Liverpool. Family flowers only, donations may be made to the Canadian Cancer Society or the Queens General Hospital Foundation. Online condolences may be made to www.chandlersfuneral.com

Offer Condolence for the family of Smith; Elva Blanche