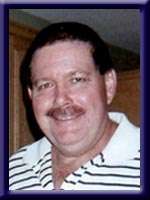 Born in Halifax, he was the son of Margaret E. (McCreadie) Smith and the late Murray H. Smith.

Following his education in Halifax, Brian worked in Alberta and many overseas countries.

He is survived by his wife Diane (Hanley); sons: Matthew and Ian both of London ON., Kyle of Toronto, ON., his sister Heather (Andrew) Tremayne of Ottawa. Several nieces, nephews and cousins.

Cremation has been entrusted to Chandlers’ Funeral Home, Liverpool where the family will greet friends on Saturday, October 31st, 2009 from 2:00 p.m. until 4:00 p.m. No flowers by request. Donations may be made to the Terry Fox Run or to any charity.

Offer Condolence for the family of Smith, Brian Murray