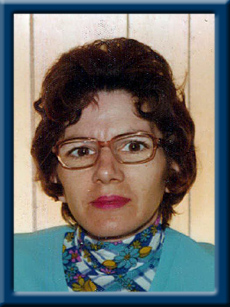 SMITH – Barbara J., 83, of Liverpool, passed away peacefully in Queens Manor, Liverpool on Sunday, January 29, 2017 .
Born in Charleston, Queens County on May 24, 1934, Barbara was a daughter of the late Guy and Matilda (Rhyno) Zwicker.
Barbara was a bookbinder and stripper for K&W Bookbinding in Liverpool. She enjoyed bowling, crocheting, camping at Molega and won an award for her volunteer work at the Manor. She loved spending time with her family especially her grandchildren.
She is survived by her daughter Donna Lee LeRue of Liverpool; her son Michael (Judy Silver) of Middlewood; grandchildren Brandy Aulenback (Trevor Dyson) of Liverpool; Brandon of Bedford and Kayleigh Smith (Josh Zwicker) of Lower Sackville. Great grandchildren Spencer Hayfield of Liverpool, Celeste, Chloe and William Zwicker all of Lower Sackville. Her sisters Isabel (Bernie) Lawlor of Halifax, Debbie (Alan) Conrad of West Berlin and Marie Wamboldt.
She was predeceased by her husband James S., sister Serena Conrad and brothers Owen, Milton and Merrill.
Cremation has taken place under the direction of Chandlers’ Funeral Home, Liverpool. A graveside memorial service will be held Thursday, February 2, 2017 at 11:00 a.m. in Seaside Cemetery, Brooklyn. No flowers by request, donations may be made to Queens Manor, 20 Hollands Drive, Liverpool, NS. B0T1K0. Online condolences may be made to www.chandlersfuneral.com

Offer Condolence for the family of Smith; Barbara Jean