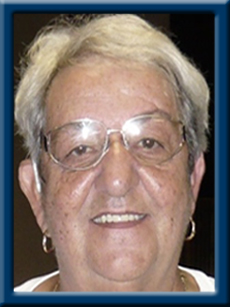 SIMMONDS – Patricia E., 75, of Liverpool, Queens County, passed away peacefully in Queens General Hospital on Saturday, April 11, 2020.
Born in Liverpool, Patricia was a daughter of the late Cameron and Evangeline (Francis) Simms.
Patricia’s first job was at Chandlers’ Funeral Home assisting with hair and makeup. She worked as a clerk at Danny Seaman’s Store before moving to Montreal where she did clerical work for an insurance company where she met her husband, John, as well as a collection agency. She then moved to Toronto where she worked at an engineering firm and The Bay in the accounting department. In recent years, as her health began to fail, she moved back to Liverpool to be closer to family and friends. Nothing delighted her more than in typical Nova Scotia fashion talking to friends, telling stories and reminiscing about the past. For fifteen winters, she and her husband John would travel throughout North America visiting casinos in a motorhome and exploring new places having many adventures. She was an avid canvasser for the Canadian Cancer Society.
Patricia is survived by her husband John, her daughter Heather of Toronto and her son Steven (Lauren Ditta) of Oshawa, ON. Her sisters Dorothy Frotten of Montreal ,PQ and Evangeline (Johnny) Chaisson of London, ON. Her sister in law Nicky Whittaker of Hamilton, ON.
Besides her parents, Patricia was predeceased by her sisters Beatrice Brozavic and Margaret White; her brothers Donald, Eldridge, Churchill and Art as well as 4 siblings in infancy.
Cremation has taken place under the direction of Chandlers’ Funeral Home, Liverpool. There will be no service at this time. No flowers by request, donations may be made to the Canadian Cancer Society. Online condolences may be made to www.chandlersfuneral.com.

Offer Condolence for the family of Simmonds; Patricia Elaine