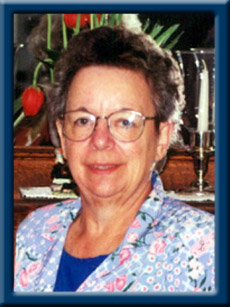 SILVER – Pearl S., 78, of North Brookfield, Queens County, passed away peacefully in Queens General Hospital, Liverpool on Saturday, February 22, 2020.
Born in Toronto, ON, Pearl was a daughter of the late Ambrose and Marion (Taylor) Fudge.
Pearl married her husband Henry in 1963 and moved to North Brookfield, beginning her life as a dedicated mother raising three boys. As her family matured, she became an active volunteer in her community canvassing for the Heart and Stroke Foundation and serving as the chairperson of the Rosette Cemetery Committee for thirty years. She served for many years on the North Queens Nursing Home Board first as a member, then as chairperson. She also served as a member of the School Board.
Pearl is survived by her husband Henry, her sons Brent (Tara) of Bridgewater, Allen (Debbie) of Maitland and Michael (Melanie) of North Brookfield. She is also survived by grandchildren Bailey and Colin, Chad (Alecia), Craig (Krystal), A.J. and Taleia (Alan), MacKenna, Keegan and Kayden as well as great grandchildren Colby, Caleb and Liam. She is also survived by her sister Ellen Martin of Trenton, ON.
Pearl was predeceased by her parents, her sisters Dorothy, Florence, Marie, Ruth and Margaret and her brothers Mel and Fred.
Cremation has taken place under the direction of Chandlers’ Funeral home, Liverpool. A celebration of Pearl’s life will be held Saturday, February 29, 2020 from 12:00 until 2:00 p.m. in the North Brookfield Community Hall. No flowers by request. Donations may be made to the Salvation Army Liverpool Community Church or to the Nova Scotia Lung Association. Online condolences may be made to www.chandlersfuneral.com.

Offer Condolence for the family of Silver; Pearl Susan