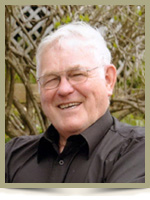 SIBLEY, Norman Ross “Norm” – 76, Beach Meadows, passed away unexpectedly on August 3rd, 2011. Born in Chaswood, Halifax County, on April 22, 1935, he was the youngest son of George and Ellen Jane (Sargant) Sibley. Norm worked in the forest industry, the Halifax shipyards and then spent 31 years with the Dartmouth City Police department, retiring in 1992 with the rank of Staff Sgt.-2/I.C., Detective Division. Norm was an avid outdoorsman and he enjoyed hunting, gardening, camping, travelling and curling. He especially enjoyed social gatherings with family and friends. He was a dedicated volunteer with several community organizations and was a blood donor for over 50 years. Norm is survived by his wife of 50 years, Marilyn (Corkum); daughters Lynn Sibley (Robert LePine) and Jo-Anne Sibley, Dartmouth; grandsons Timothy Hilchey, Dartmouth, Daniel Hilchey (Raechelle Speight), Halifax; great-grandson Dawson Hilchey, Halifax; sister Gladys Kerr, Meaghers Grant; sister-in-law Eva Sibley, Ontario; along with many nieces and nephews. Besides his parents he was predeceased by sisters Mary Fiske, Susan MacLeod, Dora Kinsmen, Velma Dickie and Effie Bell; brothers Ivan, George (Eddie), Ellis, Cecil, Earl and infant Alvin. It was Norm’s wish to donate his body to Dalhousie University for medical science. A memorial service will be held Saturday, September 24th, 2011, at 2:00 p.m., from Emmanuel United Church, Beach Meadows. Memorial donations may be made to the Liverpool Curling Club, Seaside Recreation Centre in Beach Meadows or Emmanuel United Church, Beach Meadows. Online condolences may be made to the family at www.chandlersfuneral.com

Offer Condolence for the family of SIBLEY; Norman Ross “Norm”