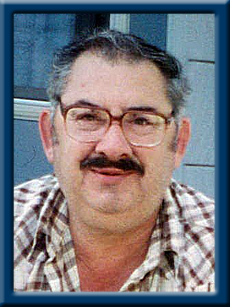 Shediac; George Thomas
It is with broken hearts the daughters of George Shediac of Beach Meadows, wish to announce his peaceful passing on Wednesday, May 15, 2019 at home in his old chair, just the way he wanted.
Born on January 12, 1948, George was a son of the late George Thomas and Mabel (Burns) Shediac.
When George was young, he left home and headed for Toronto where he worked for many years at Achme Paper. While there, he met the love of his life, Sadie Sarah Stanford. In 1968, George and Sadie married in Beach Meadows and returned to Toronto to start their family. In 1974, George and Sadie, along with their daughters, Tina and Corrina moved home to Nova Scotia and George began his other career at Michelin Tire, Bridgewater. After 31 years of service, George retired. Our dad loved the outdoors where he hunted and fished and planted huge gardens every year. George’s favorite thing to do was to pack a huge luch and go partridge hunting with Sadie. George lobster fished with his father for many years. He truly loved being on the water. Dad loved woodworking, building tables, coffee tables, foot stools, desks; you wanted it, dad built it! His favorite wood of choice was oak.
George is survived by his daughter Tina Zwicker (Corey Conrad), grandson Stephen Wamboldt (Aislyn MacFarlane), granddaughter Samantha Wamboldt, great-grandchildren Link, Justyce, and alexia. His daughter Corrina Shediac (Rick Madden), grandchildren Mackenzie Shediac (Vicky Wentzell), granddaughter Abigail (Shane) Ives, great-grandchildren Dillon, Tyler, Eathan and Ashley. Sister Peggy (Gary) Whynot, his “Buddy” and companion Marilyn Winters. His son-in-law Don Zwicker.
In addition to both his parents, George was predeceased by by his loving wife of 47 years, Sadie (Stanford) who passed away on November 14, 2015. They are together again. He was also predeceased by his sister Paulette Wamboldt, great-granddaughter Lyric Sadie Wamboldt and great-grandson Loki Wamboldt.
Cremation has taken place under the direction of Chandlers’ Funeral Home, Liverpool. A memory celebration of George’s life will be held Saturday, May 18, 2019 from 2 until 4 p.m. in Chandlers’ Funeral Home, Liverpool. Burial of both George and his beloved wife, Sadie, will take place in Emmanuel United Cemetery, Beach Meadows. Family flowers only, donations may be made to Relay For Life where Sadie and George both attended as survivors as well as their daughter Corrina and Tina, who will continue to dedicate her time to honour both of their memories. http://bndfr.com/XbcYP Online condolences may be made to www.chandlersfuneral.com.
Tina and Corrina would like to thank Dr. Gary Ernest for his care and the V.O.N. who made weekly visits. Most of all they would like to thank his companion, Marilyn, for all the love, care and compassion she has given our dad for the past two years. The bond they had was a special one. We are so grateful our Dad had her in his life.

Offer Condolence for the family of Shediac; George Thomas