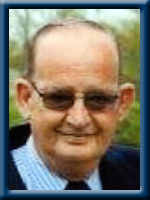 SCOTT – Leslie Freeman, 75, of Liverpool, passed away peacefully in Queens General Hospital, Liverpool on May 27, 2015.
Born in Lockeport, Shelburne County, he was a son of the late Freeman and Marjorie (King) Scott.
Les was a former employee for Mersey Seafoods, Liverpool for 44 years retiring as plant manager. He loved the outdoors, hunting and fishing and enjoyed watching baseball.
Surviving are his wife Julie (Fisher); his daughter Catherine of Halifax; his sons Kelly (Ann Marie) of Mersey point, Andy (Charlene Williams) of Liverpool, Daniel (Vicki) of Bridgewater. Grandchildren Alyssa (Adam) Doggett, Jeremy (Kelsey Rogers), Tyler (Ashley) and Kayla, great grandchildren Keira and Caleb. Sisters Josephine Bangay of Pleasant Point, Gladys (Daryl) Williams of Mersey Point, brother Raymond (Deborah) of Ontario.
He was predeceased by an infant daughter and brothers Richard and James.
Cremation has taken place under the direction of Chandlers’ Funeral Home, Liverpool. At Les’ request, there will be no funeral service. No flowers. Donations may be made to Queens General Hospital Foundation. Online condolences may be made to www.chandlersfuneral.com

Offer Condolence for the family of Scott; Leslie Freeman