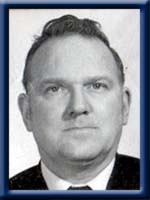 Born in Niagara Falls, ON. He was the son of the late James and Margaret (Kerr) Scott.

Scotty served in the Royal Canadian Navy for 28 years on various ships; the “Skeena”, the “Cape Scott”, the “Protector” and the “Maggie” to name a few. Scotty made many wonderful friends during his naval career and travelled all over the world. He will be sadly missed. He was a member of the Royal Canadian Legion, Branch #24, Bridgewater. Scotty had a great love of the outdoors and was an avid fisherman and deer hunter. He also had a special place in his heart for life on the Medway River where he enjoyed his retirement days with the love of his life, Judy.

Scotty is survived by his wife, the former Judith Chiasson from Cheticamp, His brother John Scott of Thorold, ON., step- son Michel (Moira) Chiasson; grandchildren Catherine, Allan and Molly, all of Cheticamp, Cape Breton. Stepson Duncan (Romy) Butler, grandchildren Max and Ben, all of Lower Sackville, NS. Also many nieces and nephews from Niagara Falls, ON and many, many friends.

Scotty was predeceased  by his brother Neil Scott of Niagara Falls.

Cremation has taken place under the direction of Chandlers’ Funeral Home, Liverpool, NS. Funeral Mass will be held Monday, October 8th, 2012 at 11:00 a.m. in St. Joseph’s Catholic Church, Pleasant Street, Bridgewater. Father Keith Billard officiating. Interment will be at a later date. No flowers by request, donations may be made to the Canadian Cancer Society or the Heart and Stroke Foundation of Nova Scotia. Online condolences may be made to www.chandlersfuneral.com